VIENNA, AUSTRIA –  The United States is one of two countries that enforce citizen-based taxation. This means every U.S. Citizen and Green Card Holder must report worldwide income and foreign financial accounts to the IRS. So U.S. Expats not only have to file taxes in their new country but need to also maintain their tax records in the U.S. Fines for non-compliance can be up to $10,000 per year and jail time.

Nathalie Goldstein, Markus Finster, and Joachim Niederreiter took it upon themselves to create MyExpatTaxes, a one-of-a-kind expat tax software system. Now U.S. expats can do their taxes for both countries easily, that’s affordable and in less than 30 minutes. 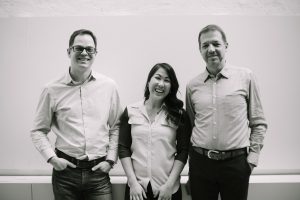 In 2015, Goldstein moved from Silicon Valley to Vienna, Austria for work. Once tax season hit, she hired a tax consultant for over $500 and found the tax process exhausting. The process involved sending a lot of forms back and forth, plus the consultant gave incorrect info to the IRS (reporting that Goldstein was living in Australia, not Austria).

Goldstein decided to take matters into her own hands. She obtained her Enrolled Agent status with the IRS and worked towards a tax solution for the 9 million Americans abroad. Once Goldstein partnered up with engineering masterminds Finster and Niederreiter, the MyExpatTaxes software was created.

Now, U.S. expats have the opportunity to do their own taxes by answering straightforward questions through the software. Once completed, they’ll receive their finished tax returns ready to be downloaded and submitted – all within 30 minutes. Goldstein and team’s service includes common expat federal and state tax forms for a flat fee of 149 Euros. Plus, the MyExpatTaxes software is backed up by a wealth of research and labor from expat tax expertise, along with a user-friendly look and feel. 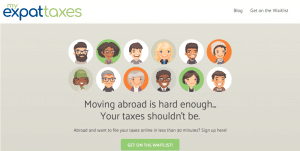 MyExpatTaxes empowers U.S. expats to stay tax compliant by making the process of filing taxes smooth and enjoyable. The software is already making ripples in Goldstein’s founding city of Vienna, Austria, and is expected to make waves globally.

Currently, the company is offering a beta release where customers are able to sign up through the waitlist available on their website. Their full release is planned for early 2019, which will also offer U.S. expats to file local taxes for a select few countries through international tax partnerships.

It’s for sure an exciting and revolutionary time in the global mobility and tax world.

The latest and most digestible news of Germany - all in English.

The latest and most digestible news of Austria - all in English.

Providing the first and most trusted US tax software for expats. File as fast 15 minutes without missing a single deduction. No expat tax situation is too complicated with our premium software and service! #myexpattaxes #americanabroad https://t.co/D5LMH2pGMu
View on Twitter
0
0
MyExpatTaxes @MyExpatTaxes

We are proud to be listed as one of the Best Tax Software for Expatriates in 2021 by @thebalance! https://t.co/A81FZfoi48 #expat #americanabroad
View on Twitter
0
0
MyExpatTaxes @MyExpatTaxes 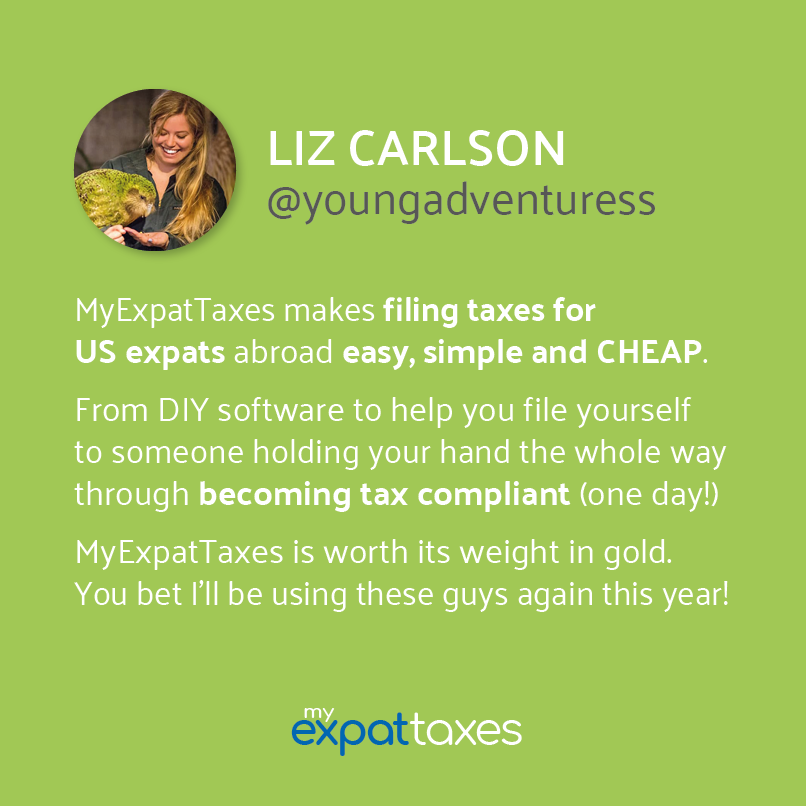